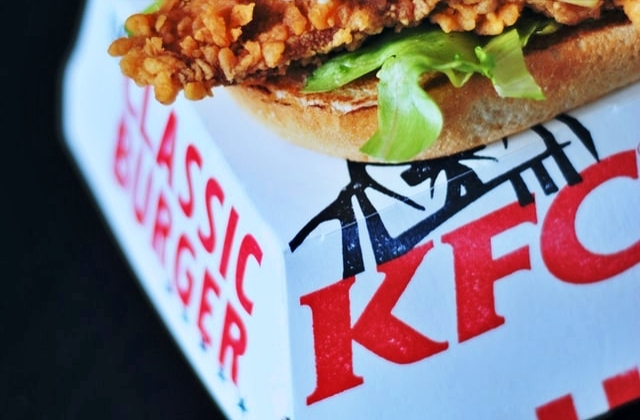 KFC or Kentucky Fried Chicken will be unveiling its new packaging to give itself a bit of makeover. The world-famous fried chicken restaurant chain stated that the packing is an upgrade to modernize the company’s look.

For decades, KFC is known for its signature red and white colors and Colonel Sanders' face is also featured in the buckets, cups, food boxes and sandwich wrappers. CNN Business reported that the new packaging will still follow KFC’s original bucket but with a freshened design.

What to see in the new packaging

It was reported that the restaurant will add reheating instructions on the bucket and there will be short info about KFC’s history as well. The fried chicken company’s famous tagline, "It's Finger-Lickin' Good," will also be every piece of packaging.

It was said that the reheating directions may have been added on the KFC buckets because of the COVID-19 pandemic. It was pointed out that as people are buying fast food and there could be leftovers, the instruction was printed to limit the customer’s exposure to the virus.

Moreover, the new KFC packaging is more eco-friendly compared to the previous ones. The company is said to be working with the Sustainable Forestry Initiative and Forest Stewardship Council for the development of approved recyclable paperboard.

The famous slogan is back

As mentioned earlier, each one of KFC’s new packaging pieces will have its "Finger-Lickin' Good" slogan on it. This is actually the tagline’s comeback as well because it was removed from the restaurant for almost a year.

The company temporarily stopped using the phrase starting in August 2020. It is absent from the packaging and KFC ads, and the reason for this was the concerns over the spread of COVID-19. The restaurant finds it “inappropriate” to use it because the world is in the middle of a pandemic and the “finger lickin” expression simply violates the hygiene protocol.

“We find ourselves in a unique situation of having an iconic slogan that doesn’t quite fit in the current environment,” Catherine Tan-Gillespie, KFC’s global chief marketing officer, explained via press release last year. “While we are pausing the use of 'Finger-Lickin' Good, rest assured the food craved by so many people around the world isn’t changing one bit.”